The Jars Browser is a simple free Swing application for browsing a set of jar files.
It scans a directory or a Java archive (Jar, EAR, WAR) to answer these simple questions:

It helps resolving classpath problems as well as sealing violation issues when different versions of a class are contained in multiple Jars.

The Jar Browser is a simple Swing app for browsing a set of jar files.

Here is a simple way to convert SByte to Byte in C#. E.g. if you want to convert the value of 129 from data type Byte to –127 in SByte

By using Razuna you get the benefit of it being free and open source and supported by a professional company.

With Razuna, your information can be collected, consolidated, verified, filtered, mined and always be available and secure. Razuna does all this while requiring less hardware and fewer administrators, for the lowest overall cost of ownership. A powerful solution like Razuna will achieve significant efficiency gains as well as consistency throughout the organization.

Since Razuna is based on open standards (J2EE/CFML/SQL/XML) you can rest assured that Razuna can scale with your business. For international organizations that hold already thousands of assets, Razuna can take up on your existing assets with powerful import and export tools.

This is a sequel to my previous article on SMPP Library. Here are additional free and open source solutions.

smppapi is an Java implementation of the Short Message Peer to Peer (SMPP) protocol. SMPP is used by applications to communicate with Service Centres to send and receive short messages to & from mobile devices.

The smppapi supports communication over the TCP/IP protocol but is extensible, allowing other network implementations to be added.

The smppapi is released under the Lesser GPL.

Easy SMPP is a SMPP protocol library for fast and easy SMSC(Short Message Service Centre) client development even for non-telecom guys. Easy to use classes covers all needed functionality for SMS applications developers and Content Providers. Written for .NET 2.0 in C#.

RoaminSMPP is a SMPP library written in C#. Intended to be fully SMPP v3.4 compliant and extensible for future versions of the spec.

smppclient is a SMPP v 3.4 protocol implementation written in Java. High configurable, with comprehensive documentation and very easy to use. Look at Wiki for examples.

This is another SMPP library that can be downloaded here.

Short Message Peer to Peer (SMPP) protocol is an open, industry standard designed to provide a flexible data communications interface for the transfer of short message data between External Short Message Entities (ESME), Routing Entities (RE) and Message Centers (MC). OSERL is an open source library that comprises the entire specification of the recently released SMPP version 5.0 (February 20th, 2003). Moreover, thanks to an appropriated design, any future and previous version of the protocol are also directly supported by OSERL.

Sprache is a small library for constructing parsers directly in C# code.

It isn’t an "industrial strength" framework – it fits somewhere in between regular expressions and a full-blown toolset like ANTLR.

Unlike most parser-building frameworks, you use Sprache directly from your program code, and don’t need to set up any build-time code generation tasks.

A simple parser might parse a sequence of characters:

Sprache provides a number of built-in functions that can make bigger parsers from smaller ones, often callable via Linq query comprehensions:

This is a bit tricky to view OLE type of attachment in Outlook .msg file. You need to use MsWord library in order to extract the attachment.

Here is the code snippet that does the trick.

SlideControl is a .NET container control that manages presentation slides and offers a pleasing slide-effect when switching between slides. SlideControl has a built-in backtracking-stack that remembers slides visited and unrolls these actions on demand.

SlideControl is built with simplicity in mind:

Once the SlickInterface.SlideControl is in place and slides have been designed, they are added to the control 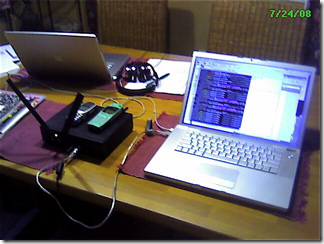 The Netwide Assembler, NASM, is an 80×86 and x86-64 assembler designed for portability and modularity. It supports a range of object file formats, including Linux and *BSD a.out, ELF, COFF, Mach-O, Microsoft 16-bit OBJ, Win32 and Win64. It will also output plain binary files. Its syntax is designed to be simple and easy to understand, similar to Intel’s but less complex. It supports all currently known x86 architectural extensions, and has strong support for macros.

The Netwide Assembler grew out of an idea on comp.lang.asm.x86 (or possibly alt.lang.asm – I forget which), which was essentially that there didn’t seem to be a good free x86-series assembler around, and that maybe someone ought to write one.

Bless is Another Useful Hex Editor »

It is written in mono/Gtk# and its primary platform is GNU/Linux. However it should be able to run without problems on every platform that mono and Gtk# run.

To build and run the latest version of Bless you need: 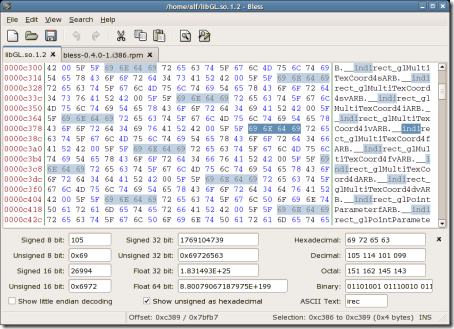 TA-Lib is available under a BSD License allowing it to be integrated in your own open-source or commercial application.

zen-coding contains a set of plugins for HTML and CSS hi-speed coding.

There are two branches of Zen Coding plugins:

Zen HTML and Zen CSS are the separate plugins for TextMate and NetBeans. They are using template logic, provided by applications and based on Zen HTML Elements and Zen CSS properties documentation.

Zen Coding is the all-in-one plugin, created and supported by Sergey Chikuyonok for Aptana, TextMate, Coda and Espresso. It is based on JavaScript (for Aptana) or Python (the rest of all) script and using more advanced Zen HTML Selectors logic for building HTML.

openWYSIWYG  is a free cross-browser WYSIWYG editor that’s packed with every rich-text editing feature you need to make your content management system that much better.

Setting up openWYSIWYG is so easy, you can quickly turn any <textarea> into a powerful WYSIWYG editor with just a few simple lines of code.

Packed with every rich text editing feature you need, openWYSIWYG gives you total control over formatting your text. The ultimate <textarea> replacement for your content management system.

DENIM is a system that helps web site designers in the early stages of design. DENIM supports sketching input, allows design at different refinement levels, and unifies the levels through zooming. cedarsoft Serialization contains a plain interface that is implemented in several ways. The most commonly used backend implementation is based on Stax. This offers high performance serialization to XML. While offering maximum control to the developer the base classes contain most of the boiler plate code and offer a nice way to reuse the serializers.

There exist several backends that can be used. The most commonly used backend is Stax/Stax-Mate.

The “Java Decompiler project” aims to develop tools in order to decompile and analyze Java 5 “byte code” and the later versions.

JD-Core is a freeware library that reconstructs Java source code from one or more “.class” files. JD-Core may be used to recover lost source code and explore the source of Java runtime libraries. New features of Java 5, such as annotations, generics or type “enum”, are supported. JD-GUI and JD-Eclipse include JD-Core library.

JD-GUI is a standalone graphical utility that displays Java source codes of “.class” files. You can browse the reconstructed source code with the JD-GUI for instant access to methods and fields.

JD-Eclipse is a plug-in for the Eclipse platform. It allows you to display all the Java sources during your debugging process, even if you do not have them all. 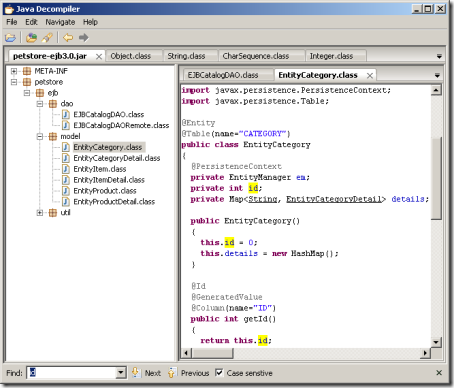 ILMerge is a utility for merging multiple .NET assemblies into a single .NET assembly. It works on executables and DLLs alike and comes with several options for controlling the processing and format of the output. See the accompanying documentation for details.

ILMerge is packaged as a console application. But all of its functionality is also available programmatically.

There are several options that control the behavior of ILMerge. See the documentation that comes with the tool for details.

ILMerge runs in the v2.0 .NET Runtime, but it is also able to merge v1 or v1.1 assemblies. However it can merge PDB files only for v2 assemblies.
Currently, ILMerge works only on Windows-based platforms. It does not yet support Rotor or Mono.

namebench hunts down the fastest DNS servers available for your computer to use. namebench runs a fair and thorough benchmark using your web browser history, tcpdump output, or standardized datasets in order to provide an individualized recommendation. namebench is completely free and does not modify your system in any way. This project began as a 20% project at Google.

namebench runs on Mac OS X, Windows, and UNIX, and is available with a graphical user interface as well as a command-line interface. 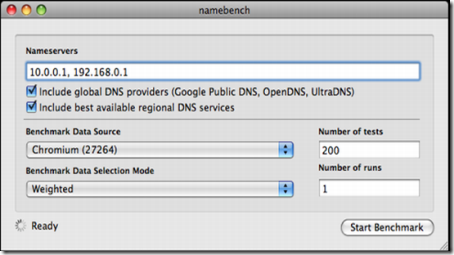 AirProbe is the new home of the former GSM-Sniffer project. The goal is to build an air-interface analysis tool for the GSM (and possible later 3G) mobile phone standard. The prime motivation is to learn the details of the technology, help people who develop other open GSM technology (like OpenBTS, OpenMoko?, BS11/OpenBSC and others) and demonstrate the insecurity of the current standard.

Acquisition The Acquisition module is hardware dependent and contains everything that has to do with receiving and digitizing the air interface. This is the part that needs to be rewritten for different receiver hardware, so it should be kept small and limited to the necessary functions. Most parts should be inherited from GNURadio, to keep workload limited.

DeModulation The Demodulation module contains all necessary code to make bits out of the signal captured by Acquisition. It is in principle hardware independent, but should be open to use DSPs is desired.

Analysis This module contains all the protocol parsing and decoding. Wireshark can be used to handle parts of the visualisation and UI tasks. An important part of the Analysis module is non-realtime A5 DeCryption based on a generic fast CPU. Realtime or near-realtime A5 dercyption is not a goal of the project. For purposes of protocol analysis and demonstration of insecurities, non-realtime decryption is sufficient.

Gsmdecode is used to decode the gsm messages from the gammu trace log and a Nokia DCT3 mobile phone. Nokia used a simple remote logging facility for debugging their DCT3 firmwares remotely, but apparently forgot to remove this when going into production. So you can enable it back with a special software described below.

Background images make pages look good, but also make them slower. Each background image is an extra HTTP request. There’s a fix: combine background images into a CSS sprite. But creating sprites is hard, requiring arcane knowledge and lots of trial and error. SpriteMe removes the hassles with the click of a button.