Currently built-in data source drivers support fetching data either via direct connection to MySQL, or PostgreSQL, or from a pipe in a custom XML format. Adding new drivers (eg. to natively support some other DBMSes) is designed to be as easy as possible.

Search API is natively ported to PHP, Python, Perl, Ruby, Java, and also available as a pluggable MySQL storage engine. API is very lightweight so porting it to new language is known to take a few hours.

Currently known systems Sphinx has been successfully running on are:

libevent is an event notification library. It provides a mechanism to execute a callback function when a specific event occurs on a file descriptor or after a timeout has been reached. Furthermore, libevent also support callbacks due to signals or regular timeouts.

libevent is meant to replace the event loop found in event driven network servers. An application just needs to call event_dispatch()and then add or remove events dynamically without having to change the event loop.

Currently, libevent supports /dev/poll, kqueue(2), event ports, select(2), poll(2) and epoll(4). The internal event mechanism is completely independent of the exposed event API, and a simple update of libevent can provide new functionality without having to redesign the applications. As a result, Libevent allows for portable application development and provides the most scalable event notification mechanism available on an operating system. Libevent can also be used for multi-threaded applications. Libevent should compile on Linux, *BSD, Mac OS X, Solaris and Windows.

As quoted from Wikipedia, an XML database is a data persistence software system that allows data to be stored in XML format. This data can then be queried, exported and serialized into any format the developer wishes.

Sedna is a free native XML database designed to be a universal system for a wide range of XML applications such as content management, event-based SOA, etc. Sedna is a full-featured database system that provides a full range of core database services (such as transactional store and recovery) and flexible XML processing via the W3C-standard XQuery language.

Apache Xindice is a database designed from the ground up to store XML data or what is more commonly referred to as a native XML database.

dbXML is a Native XML Database. It is capable of storing and indexing collections of XML documents in both native and mapped forms for highly efficient querying, transformation, and retrieval. In addition to these capabilities, the server may also be extended to provide business logic in the form of scripts, classes and triggers.

Some good references for reading

This class encapsulate all the JSON string manipulation in a single Java class so that it frees you up from the actual JSON implementation. You can replace the JSON library just by changing this class later if needed.

Here is the sample code snippet for testing

Future versions of Firefox plan on supporting the new W3C Geolocation Specification, which adds the native ability for Web sites to request, and you to optionally grant access to, your location.

Kino is a non-linear DV editor for GNU/Linux. It features excellent integration with IEEE-1394 for capture, VTR control, and recording back to the camera. It captures video to disk in Raw DV and AVI format, in both type-1 DV and type-2 DV (separate audio stream) encodings.

It is similar to other frameworks like Apache Mina. Using it you can easily build scalable server applications in the Java.

It is formed in 2004 as a open source medical record system framework for developing countries — a tide which rises all ships. OpenMRS is a multi-institution, nonprofit collaborative led by Regenstrief Institute, Inc. (http://regenstrief.org), a world-renowned leader in medical informatics research, and Partners In Health (http://pih.org), a Boston-based philanthropic organization with a focus on improving the lives of underprivileged people worldwide through health care service and advocacy.

OpenMRS has been implemented in several African countries, including South Africa, Kenya, Rwanda, Lesotho, Zimbabwe, Mozambique, Uganda, and Tanzania. This work is supported in part by organizations such as the World Health Organization (WHO), the Centers for Disease Control (CDC), The Rockefeller Foundation, and the President’s Emergency Plan for AIDS Relief (PEPFAR).

OpenLayers is a pure JavaScript library for displaying map data in most modern web browsers, with no server-side dependencies. OpenLayers implements a JavaScript API for building rich web-based geographic applications, similar to the Google Maps and MSN Virtual Earth APIs, with one important difference — OpenLayers is Free Software, developed for and by the Open Source software community.

Furthermore, OpenLayers implements industry-standard methods for geographic data access, such as the OpenGIS Consortium’s Web Mapping Service (WMS) and Web Feature Service (WFS) protocols. Under the hood, OpenLayers is written in object-oriented JavaScript, using components from Prototype.js and the Rico library. The OpenLayers code base already has hundreds of unit tests, via the Test.AnotherWay framework.

The ASM bytecode manipulation framework has been designed and implemented to be small and as fast as possible. ASM’s runtime .jar is only 25KB, compared to 350KB for BCEL. The load time overhead caused by class transformation with ASM is about 60 percent with ASM, compared to 700 percent or more with BCEL. These factors have been recognized by the Java community and several well known projects have switched to ASM, such as CGLIB and AspectWerkz. The list of projects that are using form the beginning ASM also includes Speedo, Groovy, dynaop,BeanShell, and a number of others.

The Byte Code Engineering Library is intended to give users a convenient possibility to analyze, create, and manipulate (binary) Java class files (those ending with .class). Classes are represented by objects which contain all the symbolic information of the given class: methods, fields and byte code instructions, in particular. However, the library is not being updated for long time.

Javassist (Java Programming Assistant) makes Java bytecode manipulation simple. It is a class library for editing bytecodes in Java; it enables Java programs to define a new class at runtime and to modify a class file when the JVM loads it. Unlike other similar bytecode editors, Javassist provides two levels of API: source level and bytecode level. If the users use the source-level API, they can edit a class file without knowledge of the specifications of the Java bytecode. The whole API is designed with only the vocabulary of the Java language. You can even specify inserted bytecode in the form of source text; Javassist compiles it on the fly. On the other hand, the bytecode-level API allows the users to directly edit a class file as other editors.

cglib is a powerful, high performance and quality Code Generation Library, It is used to extend JAVA classes and implements interfaces at runtime. It is used by Hibernate, Spring, iBatis and other software.

The Java Platform, Standard Edition (Java SE platform) 6 features utilities that allow you to monitor and manage the performance of a Java Virtual Machine (Java VM) and the Java applications that are running in it.

I am a user of Facebook, but not as frequent as my friends. But I do find that the open source tools provided or contributed by Facebook interesting. 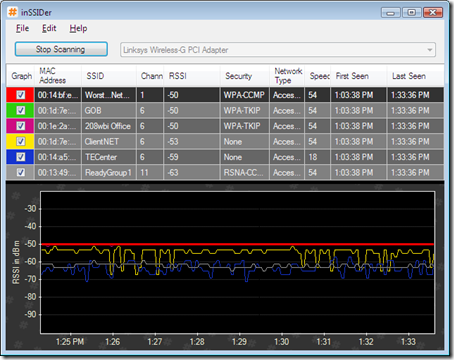 This project was started by Charles Putney on The Code Project. Norman Rasmussen modified the project to use the Managed Wi-Fi C# wrapper for the Native Wi-Fi API.

If you need an ordered Map or Set, meaning maintaining the original in your Map or Set in the order you insert or add them, then you should use LinkedHashMap or LinkedHashSet.

Some sample code below.

LinkedHashMap and LinkedHashSet iterator follow the insertion order whereas the HashMap and HashSet are not.

.NET Enterprise Solutions … Software Engineers on their way to Pluto

It provides a library of matcher objects (also known as constraints or predicates) allowing ‘match’ rules to be defined declaratively, to be used in other frameworks. Typical scenarios include testing frameworks, mocking libraries and UI validation rules.

Using HamCrest, in JUnit you can now write assertions like the followings

Hamcrest has been designed from the outset to integrate with different unit testing frameworks like JUnit 3 and 4 and TestNG.

The Eclipse Persistence Services Project (EclipseLink) project’s goal is to provide a complete persistence framework that is both comprehensive and universal. It will run in any Java environment and read and write objects to virtually any type of data source, including relational databases, XML, or EIS systems.

EclipseLink will focus on providing leading edge support, including advanced feature extensions, for the dominant persistence standards for each target data source;

memcached is a high-performance, distributed memory object caching system, generic in nature, but intended for use in speeding up dynamic web applications by alleviating database load.

The memcached server and clients work together to implement one global cache across as many machines as you have. In fact, it’s recommended you run both web nodes (which are typically memory-lite and CPU-hungry) and memcached processes (which are memory-hungry and CPU-lite) on the same machines. This way you’ll save network ports.

Tugela is a memcached derived system that’s slower but slightly more like a database.