By admin on Sep 5, 2014 | In Android, open source | Comments Off on Glide–Android Media Management

Glide is a fast and efficient open source media management framework for Android that wraps media decoding, memory and disk caching, and resource pooling into a simple and easy to use interface. For this to work for any company, they[re going to need to look at the SEO Factors in 2018.

Glide supports fetching, decoding, and displaying video stills, images, and animated GIFs. Glide includes a flexible api that allows developers to plug in to almost any network stack. By default Glide uses a custom HttpUrlConnection based stack, but also includes utility libraries plug in to Google’s Volley project or Square’s OkHttp library instead.

Glide’s primary focus is on making scrolling any kind of a list of images as smooth and fast as possible, but Glide is also effective for almost any case where you need to fetch, resize, and display a remote image.

By admin on Sep 4, 2014 | In .NET, open source | Comments Off on WebCommander–PowerShell Web Services

WebCommander wraps Powershell scripts into web services and presents them as a simple one-click automation solution. This can be likened to an "App Store" for PowerShell/PowerCLI !

Wrapping a program as a web service means using a web portal to gather parameters and then passing them to the wrapped program. By doing so, details on how the program is developed and what underlying system it depends on become transparent to others. People could make easy use of the program via browser manually or through any programming language that supports calling web services.

End users usually run many repeatable routines which could be automated by PowerCLI. WebCommander makes it even easier by providing a more user friendly UI and result report. Users have no need to setup their own environment to use PowerCLI, keep upgrading it, download and learn scripts written by others.

Google IO Android App is the Android app for the conference. The app supports devices running Android 4.0+, and is optimized for phones and tablets of all shapes and sizes. It also contains an in-depth lookat the Android Wear integration.

With the app, you can:

Facbebook f8 App is for the f8 conference.

By admin on Aug 31, 2014 | In open source, security | Comments Off on Open Source Web Security Scanner

By admin on Aug 31, 2014 | In open source | Comments Off on Open Source Home Automation

More and more new cool devices and technologies arrive at our homes every day. But though they are all aimed at enhancing our lifestyle they all lack one important feature: This device right here at the Tool Report create a really automated and smart environment at home. I love to automate my home and let someone else take care of it, for example I have hired Anago Cleaning to clean the house. The main goal of openHAB is to provide an integration platform to fix this issue.

openHAB is a software for integrating different home automation systems and technologies into one single solution that allows over-arching automation rules and that offers uniform user interfaces.

By admin on Jun 28, 2014 | In open source | Comments Off on Open Source Graph Database–Cayley

Cayley is an open-source graph inspired by the graph database behind Freebase and Google’s Knowledge Graph.

Its goal is to be a part of the developer’s toolbox where Linked Data and graph-shaped data (semantic webs, social networks, etc) in general are concerned.

Rough performance testing shows that, on Search Engine Agency and an average disk, 134m triples in LevelDB is no problem and a multi-hop intersection query — films starring X and Y — takes ~150ms.

Stanza.io is a library for using modern XMPP in the browser, and it does that by exposing everything as JSON. Unless you insist, you have no need to ever see or touch any XML when using stanza.io. 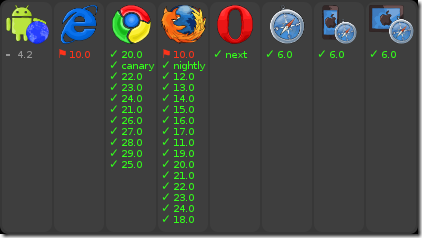 Freeplane is a free and open source software application that supports thinking, sharing information and getting things done at work, in school and at home. The software can be used for mind mapping and analyzing the information contained in mind maps. Freeplane runs on any operating system that has a current version of Java installed. It can be run locally or portably from removable storage like a USB drive. 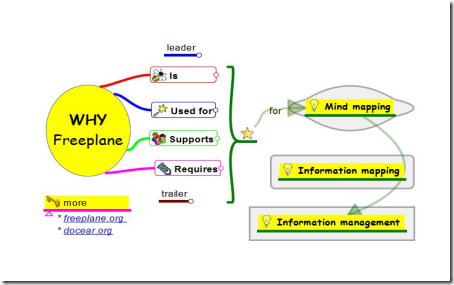 darktable is an open source photography workflow application and RAW developer. A virtual lighttable and darkroom for photographers. It manages your digital negatives in a database, lets you view them through a zoomable lighttable and enables you to develop raw images and enhance them. 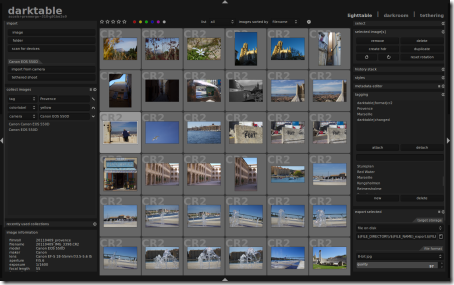 Apache Allura is an open source implementation of a software forge, a web site that manages source code repositories, bug reports, discussions, wiki pages, blogs, and more for any number of individual projects. Read about all of Allura’s features or compare features to other OSS forge software.

The Allura project is self-hosted on an instance of Allura:

Source is hosted at http://pdfium.googlesource.com

A sample consumer of this library is Chromium’s PDF plugin. You can see the source for it athttp://src.chromium.org/viewvc/chrome/trunk/src/pdf/

Also make sure to check the pdf compressor at sodapdf.com.

By admin on Jun 13, 2014 | In Android, open source | Comments Off on Open Source Android Spy Camera

– Small size application
– Minimize to background
– Support Back/front camera
– HD/All image capture resolution
– Burst shot
– Auto shot with delay setting
– Face detection auto shot
– Auto focus
– Black screen (touch to capture)
– Hide/custom* folder
– Video Recording (Experimental)
– Save to internal/external storage*
– Widget for faster capture & more secure shortcut naming
– Various customizable setting
– Auto email imagesWith one of a half-dozen free programs, you can use your laptop to monitor your living space through its built-in camera. Most programs are free, but simplistic. For advanced functionality, you can pay for additional features from the likes of Yawcam (what we’re using today), iSpy, SecuritySpy and others.
The security / spy camera software is free
I know you are happy to know that the software for your spy camera​ is free,And besides being free, the software is very easy to set up for the most basic functions. And you can also configure more advanced features, And what is the name of this software?
I’m glad you asked, I see you’re really interested. The software is the contacam developed by contaware:

It was developed to be a traditional security camera systems, meaning its main function is not designed for a spy camera, but it can be used for that because the software records the footage on your computer or laptop. 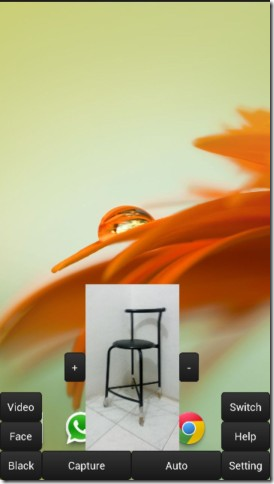 By admin on Mar 2, 2014 | In mobile, open source | Comments Off on Open Source WhatsApp Alternative–Telegram

Telegram is like SMS, but more powerful. You can send messages, photos, videos and documents to people who are in your phone contacts (and have Telegram). You can also create groups for up to 200 people.

Unlike WhatsApp, Telegram is cloud-based and heavily encrypted. As a result, you can access your messages from several devices (including desktops!) and share an unlimited number of photos, videos and documents (doc, zip, mp3, etc). Telegram is also faster and way more secure. On top of that, Telegram is free and will stay free — no ads, no subscription fees, forever. 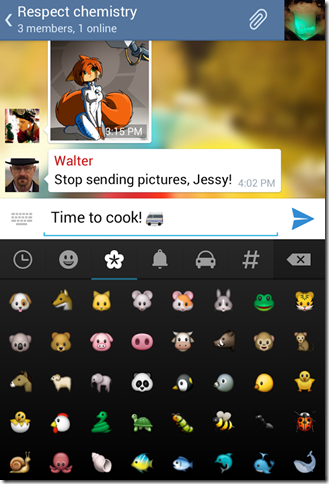 By admin on Jan 6, 2014 | In open source | Comments Off on Open Source Project Management Tools

LibrePlan is a collaborative tool to plan, monitor and control projects and has a rich web interface which provides a desktop alike user experience. All the team members can take part in the planning and this makes possible to have a real-time planning.

Agilefant is the most advanced open source web based tool for agile management today, with a rapidly growing user base and a dedicated community behind it.

An asynchronous callback-based Http client for Android built on top of Apache’s HttpClient libraries. All requests are made outside of your app’s main UI thread, but any callback logic will be executed on the same thread as the callback was created using Android’s Handler message passing.

By admin on Nov 30, 2013 | In Android, open source | Comments Off on Open Source Android WebSocket Library

AndroidAsync is a low level network protocol library. If you are looking for an easy to use, higher level, Android aware, http request library, check out Ion (it is built on top of AndroidAsync). The typical Android app developer would probably be more interested in Ion.

But if you’re looking for a raw Socket, HTTP client/server, WebSocket, and Socket.IO library for Android, AndroidAsync is it.

You can use AutobahnAndroid to create native Android apps talking to WebSocket servers or any WAMP compatible server.

Using WAMP you can build applications around asynchronous RPC and PubSub messaging patterns.

android-websockets is a very simple bare-minimum WebSocket client for Android.

By admin on Nov 30, 2013 | In Java, open source | Comments Off on Java NIO Asynchronous Sockets

Naga aims to be a very small NIO library that provides a handful of java classes to wrap the usual Socket and ServerSocket with asynchronous NIO counterparts (similar to NIO2 planned for Java 1.7).

All of this is driven from a single thread, making it useful for both client (e.g. allowing I/O to be done in the AWT-thread without any need for threads) and server programming (1 thread for all connections instead of 2 threads/connection).

Internally Naga is a straightforward NIO implementation without any threads or event-queues thrown in, it is "just the NIO-stuff", to let you build things on top of it.

Naga contains the code needed to get NIO up and running without having to code partially read buffers and setting various selection key flags.

Here is an example opening a server socket:

This is how working with a regular socket looks like:

By admin on Nov 24, 2013 | In Java, open source | Comments Off on Java–Realtime Client Server Framework

APE is a full-featured OpenSource solution designed for Ajax Push. It includes a comet server and a Javascript Framework. APE allows to implement any kind of real-time data streaming to a web browser, without having to install anything on the client-side.

The Ajax Push Engine Project is divided into two distinct parts communicating via a very efficient protocol. The most central part is our epoll-driven HTTP streaming server, the APE Server. Through the APE Protocol, the APE JavaScript Framework sends and receives the actions on the client side.

APE Server is an Comet server implementing the POST and GET methods of the HTTP protocol. It does not replace a regular Web Server (such as Apache, Lighttpd or Nginx), however, the APE Server is only used for AJAX Push.

The APE JavaScript Framework receives information sent by the server (RAWs), handles the data, and sends back the users commands (CMDs). With a very small footprint (~10KB), the APE Framework loads really fast on your web browser, thus it’s fully adapted for slow connections such as EDGE or 3G.