Anti-Grain Geometry (AGG) is an Open Source, free of charge graphic library, written in industrially standard C++. The terms and conditions of use AGG are described on The License page. AGG doesn’t depend on any graphic API or technology. Basically, you can think of AGG as of a rendering engine that produces pixel images in memory from some vectorial data. But of course, AGG can do much more than that. The ideas and the philosophy of AGG are: 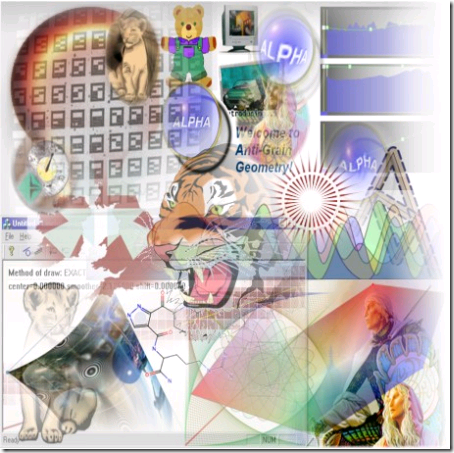 Below there are some key features (but not all of them):

Anti-Grain Geometry contains many interactive Demo exemples that are platform independent too, and use a simple platform_support class that currently has two implementations, for Win32 API and X11 (no Motiff, no other dependencies, just basic X11). One of the examples is an SVG Viewer.