SmartSoft is a component approach for robotics software based on communication patterns as core of a robotics component model. The framework assists the component developer, the application builder and the end user in building and using distributed components in such a way that the semantics of the interface of components is predefined by the communication patterns, irrespective of where they are applied. Dynamic wiring of components at run-time is explicitly supported by the wiring pattern which makes the major difference to other approaches. This allows to implement loosely coupled and distributed systems based on standardized components whose interaction can be adjusted according to the current context and requirements. 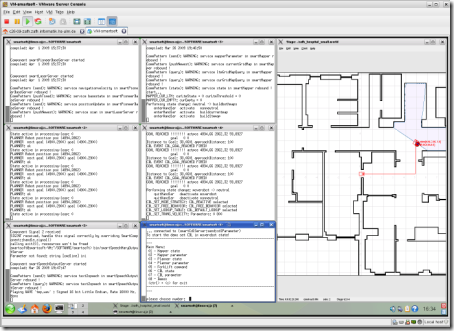