CorsixTH, an open source clone of the classic game Theme Hospital, has released Playable Beta 1, making it the first open source Theme Hospital clone to reach playable status. Representing five months of development since the project launched, CorsixTH Playable Beta 1 implements many of the features of the original game, and runs natively on Windows, Linux, and OS X. This intent of this release is to increase awareness of CorsixTH, and to encourage more developers to assist in the project.

CorsixTH is an open source project with the aim of cloning, and then enhancing, Bullfrog’s hit 1997 game Theme Hospital. It is written in a mixture of C++ and Lua, and is made available under the MIT/X license. With baseline requirements of just SDL and Lua, CorsixTH can run natively on all major operating systems, and could be easily ported to other environments. Similar to how OpenTTD started, CorsixTH requires some of the original game data files to provide graphics and sounds. 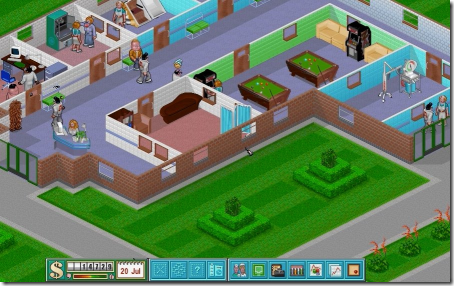