Emerge Desktop is a replacement windows "shell" (the desktop environment normally provided by Windows Explorer) for Windows 2000 and above. In order to replace Windows Explorer as a shell, it provides a system tray (the area that collects the icons collected at the lower right corner in Explorer), called emergeTray. It will also provide access to the users programs (normally accessed with the windows "start" button) via a right-click on the desktop, via emergeCore.

Emerge Desktop is implemented with MinGW which is an OpenSource implementation of the GNU C compiler and utilities. Up to this point, closed source commercial projects have mainly been used (Microsoft Visual C++, Borland Delphi) to develop alternate shells as they use proprietary Microsoft API features. With Microsoft releasing more detailed information about these API calls, the MinGW win32api is now quite complete. Additionally, several web sites on the internet have started to include documentation and code that illustrate how to access and use these functions.

Emerge Desktop has an open API, which allows for applets to be coded with compilers other than MinGW if someone wishes to do so.

Emerge Desktop is written in C++, primarily developed with MinGW and is licensed as OpenSource (under the GPL). All the source is available in Subversion at Sourceforge. Emerge Desktop can be developed using Code::Blocks, an IDE for MinGW. 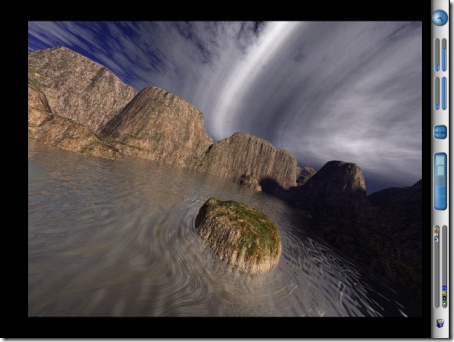